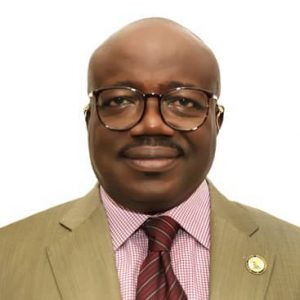 Engr. Moroof Olawale Agoro was born in Lagos on the 17th of June 1962 to the Agoro Odiyan Dynasty of Idumota, Lagos. He attended Ansar-Ud-Deen Primary School, Okepopo, Lagos Island between 1968 and 1974 for his First School Leaving Certificate. He then proceeded to Government College Ojo, Lagos from 1975 to 1980 where he obtained the West African School Certificate (WASCE).

Young Olawale started his professional career in 1986 as a Civil Engineer in the firm of AFRO Planning and Development Co. Ltd, Jos, Plateau State, after which he was employed by Ogun-Osun River Basin Development Authority, Abeokuta, Ogun State. He left the Federal Civil Service as a COREN-registered Engineer and joined Lagos State Civil Service as an Executive Engineer Grade Level 08 in 1990. On assumption of duty, he was briefly deployed to Ministry of Works before he was posted to the Ministry of Environment and Physical Planning (MEPP)-Drainage Department.

He left MEPP as a Principal Engineer in 1999 and was deployed to the Ministry of Transport, World Bank Assisted Project Department, where he played an active role in the setting up of Lagos Urban Transport Project Office which later transited to Lagos Metropolitan Area Transport Authority (LAMATA). He was the Assistant Director/Senior Road Specialist in LAMATA before his redeployment to main stream service in 2008 to the Ministry of Works and Infrastructure. He was appointed Director Civil Engineering Department in 2013, a position he held until his posting to Lagos State Urban Renewal Agency (LASURA) in 2016 as Director Project Development.

In the course of his career, he attended International Courses, Seminars and Workshops in Africa, Europe and the United States, including Seminars on Sustainable Road Financing and Investment in Arusha, Tanzania; HDM-4 Course and Senior Road Executives Programme and Road Maintenance Management Courses at the World Bank Office in Washington, United States and the University of Birmingham in United Kingdom, Regional Conference of the Sub-Saharan Africa Transport Policy Program at the World Bank and Economic Commission for Africa, Kigali Rwanda amongst others.

His hobbies are Table Tennis, Badminton and Socializing. He is happily married to Engr. (Mrs) Folasade Agoro, a Chemical Engineer and an Entrepreneur and blessed with Children.

Engr Agoro was appointed Permanent Secretary, Ministry of Waterfront Infrastructure Development on the 19th of August 2019.