Lagos State Governor, Mr Akinwunmi Ambode on Tuesday embarked on extensive inspection of on-going projects across the State, where he equally flagged off the world class Epe-Marina Lagoon reclamation project aimed at giving a quantum leap to the tourism potentials of the State.

Governor Ambode, who was accompanied on the inspection tour by top government functionaries, said the lagoon reclamation projects in Epe and Badagry, upon completion, would look like that of Dubai in United Arab Emirates (UAE).

He assured that the Badagry-Marina Lagoon reclamation project would be completed by the end of August, this year.

The Epe-Marina Lagoon reclamation project is a complete redevelopment of project site to facilitate development of the area and promote tourism.

The project comes with sand filling to the lagoon up to about 200 meters and dualization of the network of roads in the axis with functional walkways.

Speaking on why the Epe-Marina and Badagry-Marina projects were embarked upon simultaneously by the State Government, Governor Ambode said: “We want to actually duplicate what you see in Dubai-Marina. This is a whole stretch of two kilometers of real estate and new tourist centres that we are putting in Epe and Badagry at the same time.

“We believe strongly that coming out from our retreat that we said we are going to grow the IGR of Lagos State by 2017 to N30billion and 2018 to N50billion, we believe that some of these projects that we are commencing now are just inlets to our dream of growing the IGR.

“We know that by the time we are expanding tourism potentials of Badagry and Epe at the same time, we will be able to get new investors that will be able to come to our new locations to do other things beyond what you see about recreation, tourism or entertainment and then get a whole lot of investments into Lagos State. This is part of our dreams and dreams do come true.

“We are looking at the future of tourism from both axis. You cannot put tourism in those places without doing the infrastructure that is required to allow people to come in and that is why we are also doing the road network,” the Governor said.

Governor Ambode, who equally inspected the on-going dualization of about 25 network of roads in Epe, said the massive investment of government in the area was part of the grand plan to transform the axis and same was in line with the Lekki Free Trade Zone (LFTZ) project.

He expressed satisfaction with the level and pace of work done so far, saying that the quality was of international standard.
He also expressed optimism that the projects, upon completion, would decongest the heartland of Lagos as people would be encouraged to move to Epe and Ibeju-Lekki axis.

Speaking to journalists at the project sites, Governor Ambode said: “We believe with this expansion, the whole lot of what we are trying to do in Epe and Ibeju-Lekki axis will be developed.

“We are inspired to see how we can look at the phase two of this project as quickly as possible. This road dualization is expected to be completed in 16 months but because we are ahead of schedule, we are looking at the first quarter of next year.

“With this, we have just injected 30 kilometers of standard roads into Epe and the meaning of that is of course changing the economy of Epe Township, real estate will be boomed and we are encouraging commerce and industrialization.

“This project is the backbone of the Lekki Free Trade Zone, Deep Seaport and the proposed Airport. All the State Government is doing is stimulating the economy and that is what is happening here,” he said.

Governor Ambode also inspected the VIP Chalets in Epe where he disclosed that government will expand the housing scheme in the area and carry out perimeter fencing of the project site.

This, the Governor said, would enhance ease of vehicular movement around that axis and drastically reduce traffic on the Third Mainland Bridge inward Obalende and Lagos Island.

The Governor also inspected the on-going rehabilitation and upgrading of Freedom Road and Admiralty Way in Lekki, as well as the on-going bridge being constructed at Ajah Roundabout.

He, however, urged the people to continue to pay their taxes so that government would continue to provide the needed infrastructures.

He said: “I think in the last 14 months, we have been able to show Lagosians that we can actually appropriate the taxes that they paid judiciously and then allocate it to the different sectors that really have meaning and impact to the ordinary Lagosians.

“The more they see what we are doing, the more inspired tax payers should be to perform their civic obligations and when they pay their taxes, our commitment remains the same, we will use these taxes judiciously and also expand the growth and economy of Lagos so that life becomes safer, cleaner and then more prosperous for all Lagosians,” he said. 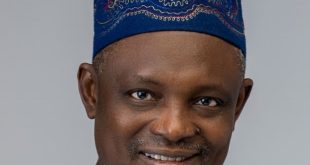 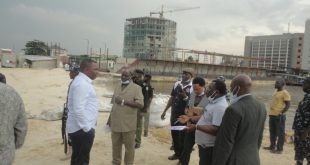