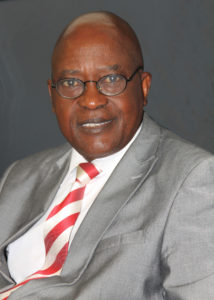 Mr. Isaac Ayotunde Awobiyi,is an Ilesa,Osun State-born Christian, who attended Methodist High School,Ilesa,Ibadan Grammar School,Ibadan and the University of Lagos, where he bagged a

Mr Awobiyi has a rare private-public sector professional experience in the Media and Educational fields,spanning over three decades  He has topped it up  with over 15 years  in the Lagos State Public Service.

He is a former Board Member of the Lagos State Sports Endowment Fund.

He has also been a former Editorial Board Member, ’’The Bureaucrats‘’ -The official publication of the Lagos State Civil Service-2005 till 2008 and formerly

-He is author of ‘’Ownership and Newshole Policy’’  and co- authored ‘’Fermenting Communication Systems, Processes and Contexts’’

He is a Fellow and Former General Secretary of  the Nigerian Guild of Editors.He is happily married and blessed with four children.