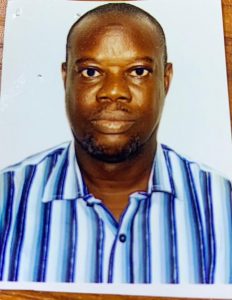 Engineer Raji, Tajudeen   Adewale was born in Ado Ekiti on the 21st day of September, 1965.

Engr. Raji was employed into the Civil Service of Lagos State as a Senior Engineer Grade 10 in year 2001.

Lagos State Physical Planning Permit Authority 2005- 2015 and he was the   Head  Technical Service Department of the Authority.

Engineer Raji was deployed to the   Ministry of Transportation 2018 – 2019   from where he moved to the Ministry of Waterfront Infrastructure Development as Director Engineering and Building Services  in 2019 till date.