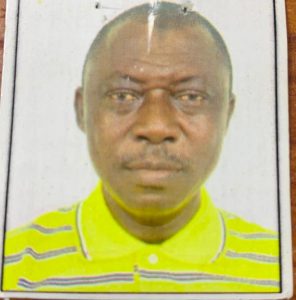 A highly committed and resourceful engineer with a passion for achieving   organizational  goals ,Engr  Adewale  Rafiu  Adeyemi was born in Offa, kwara  State on the 16th day of July 1963. He attended Apapa  Baptist  Primary  School ,Lagos (1969-1074),Saint Finbarr’s College Akoka, Lagos (1976-1980),Methodist Boys High School Lagos (1980-1982).He was at Yaba College of Technology between(1984-1989)for his OND and HND. He gained admission into the University of Lagos and graduated with a Second Class Lower Degree in Civil Engineering in 1994.He also obtained a Master’s Degree in Business Administration(MBA) in June 2003 from the Apex Institution.

Whilst at the Ministry of Works and Infrastructure , Engr Adeyemi successfully supervised some major road projects to completion. These projects include the Rehabilitation/Upgrading of Olowopopo Drive in Ikeja(March 2010), Rehabilitation of Moshalashi-Ipaja-Ayobo road in Alimosoho LGA(2014),Rehabilitation/Upgrading of Simbiat  Abiola Road Ikeja(2014),construction of pedestrian bridge, lay bys and slip road at Ojodu-Berger bus stop along Lagos Ibadan Express way (2017).He was a member of the Steering Committee on the on-going Lagos-Ibadan Railway Modernization Project awarded by the Federal Government of  Nigeria to CCEC NIG LTD.

He also supervised some major ongoing road projects before his deployment. some of which includes the reconstruction /rehabilitation of Agric-Isawo-konu-Arepo road in Ikorodu LGA, reconstruction of Ikorodu road from Mile 12 to Ketu in kosoko LGA, Rehabilitation/ Upgrading  of kosofe road to Lagos –Ogun States Boundary.

Engr  Adeyemi is a good team player with cheerful disposition to work reliable ,trustworthy with strong organizational and communication skills. He is a Director (Civil) in the Lagos State Ministry of Waterfront Infrastructure Development.

He received a Certificate of Dedication to Duty at Lagos State Public Works Corporation in December 1995.He also received the Permanent Secretary‘s  2019 Commendation Letter for Outstanding  job Performance at Ministry of Works and Infrastructure .

He is a corporate member of the Nigeria Society of Engineers (NSE) and also a registered member of Council for the Regulation of Engineering in Nigeria (COREN).