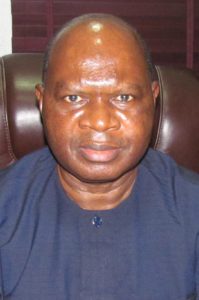 -He proceeded to the University of Ilorin, where he bagged a Bachelor of Engineering degree in Civil Engineering with First Class Honours.

Thereafter, he went to the University of Lagos for his postgraduate studies and obtained a Master of Science degree in Civil Engineering.

His Engineering career started in 1984 with Bauchi State Development Board as a Youth Corper where he assisted the General Manager in processing of approved building plan.

-During his Engineering career spanning over 26 years of active Engineering practice which took him to many Ministries, he held several positions such as Chief Resident Engineer in charge Okota –Itire Overhead Link Bridge and Director (Civil Engineering) in charge of Lekki-Ikoyi Link Bridge.

-In July, 2013 he was appointed Head of Special Projects Office under the Governor`s Office, State of Osun where he handled projects such as Construction of Chief Adebisi Akande Trumpet Bridge and dualization of Akoda- Gbongan Road, Construction of Oba Aderemi (East) By-Pass Osogbo and supervision of school projects.

– He is married and blessed with children.